Exam, Consultation, Traction table and Chiropractic Adjustment $65. Call us today at 951-461-8774 to schedule your appointment! 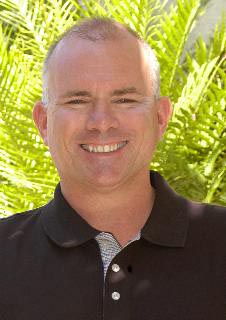 Dr. James P. Von Hipple was born and raised in Phoenix, Arizona. At the age of 19 he joined the US Navy and spent the next 6 years as a shipboard firefighter. Dr. Von Hipple was stationed onboard the USS Dubuque LPD8 and the USS Fletcher DD992. While in the Navy he had an amazing opportunity to live in several different countries such as Sasebo, Japan and Subic Bay, Phillipines. After the Navy Dr. Von Hipple moved to Los Angeles to continue his college education. Dr. Jim remained very active while in college and began doing triathlons which began putting a tremendous stress on his body and after several injuries he tried chiropractic.

"I was a bit skeptical at first but many friends of mine kept telling me it would help me try so I tried it. Chiropractic changed my life. I was in constant pain and after only a few adjustments that pain was gone and I was convinced I had found something very special." It was at that time he committed his life to helping others through chiropractic. Dr. Jim attended Cleveland Chiropractic College in Los Angeles. Dr. Von Hipple says, "It was a great school that has provided me with an opportunity to change people's lives!"

While still in Chiropractic College, Dr. Von Hipple met his wife Sarah. They were married soon after graduation. Dr. Jim and Sarah moved up to the Pacific Northwest and built a beautiful life and practice in Bellingham, Washington. They have two GREAT kids, Evan and Gracie! After living in the Pacific Northwest for 8 years, they decided it was time to move back to Southern California. "I loved the beauty of living in Western Washington, but I always missed the weather in Southern Calif."

"In practice since 1999 and I still wake up every morning excited for the opportunity to change lives with chiropractic! I am committed to great service and care and helping people get their life back with Chiropractic."

If you have any questions about our Murrieta chiropractor, or would like to learn more about chiropractic care at Murrieta Advanced Chiropractic, please call us at 951-461-8774 today!

We look forward to hearing from you

Find us on the map